Robert Singerman (born 1942) is a librarian, and a recognized Judaica bibliographer. He is often cited by Judaica rare book dealers. He holds the position of University Librarian, George A. Smathers Libraries, University of Florida, where he was the bibliographer for Jewish Studies, Anthropology, and Linguistics.

For 27 years Singerman served as the University of Florida, Judaica librarian and bibliographer. He retired in June 2006. He first came to the university in 1979 having previously served at the world-renowned Klau Library of the Hebrew Union College-Jewish Institute of Religion in Cincinnati. In 1981, when the Price Library of Judaica was formally established at the university, Singerman commenced his tenure there, first as librarian, the only librarian to date. During the span of his long career at the university he was instrumental in increasing the size of the Judaica collection, from 24,000 volumes, to over 85,000 cataloged volumes. The Price Library prides itself as being without peer in the southeastern United States, as having “taken its place alongside other well-respected and mature Judaica collections in the United States.” For outstanding achievements, Singerman has been awarded the status of Faculty Emeritus following his retirement from the university. Provided by Wikipedia
Showing 1 - 18 results of 18 for search 'Singerman, Robert', query time: 0.05s Refine Results
1 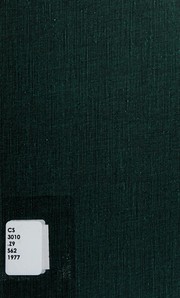 This item is not available through EZBorrow. Please contact your institution’s interlibrary loan office for further assistance.
Book
4

This item is not available through EZBorrow. Please contact your institution’s interlibrary loan office for further assistance.
Book
8

This item is not available through EZBorrow. Please contact your institution’s interlibrary loan office for further assistance.
Book
17