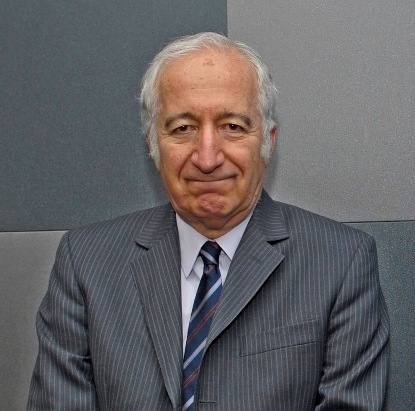 Bernardo Kliksberg (Buenos Aires, 1940) is an Argentine Doctor of Economics, recognized around the world as the founder of a new discipline, social management, and a pioneer of development ethics, social capital and corporate social responsibility. His books, papers, advisory work, and research, applies an interdisciplinary approach integrating contributions of different social sciences.

Kliksberg is the author of 56 books and hundreds of works on critical areas of development, corporate social responsibility, senior management, social capital, the fight against poverty, ethics and economics. He has been invited by Governments, corporation, civil society organizations and Universities around the world to give thousands of lectures on his ideas. Invited by China he lectures there in December 2012. One of his recent books was published in Mandarin. He gave the Braibant Honor lecture at the International Congress on Administrative Sciences (IIAS, Mexico, June 20, 2012).

Awarded at 2013, by Caritas, AMIA, and Argentine leaders civil society organizations with the Solidarity Prize, among other distinctions, King Juan Carlos I of Spain has awarded him the Order of Merit, the City of Buenos Aires has named him an Illustrious Citizen, the University of Buenos Aires has paid tribute to him by naming him a "Great Professor", and Guatemala has bestowed its Presidential Medal, Argentine Senate gave him his highest honor, the Domingo Faustino Sarmiento award (October 2012).

Laurete Argentine education channel Encuentro, produced two series of 25 chapters each on his thinking, "The Kilksberg Report". It was distinguished by the Parliament, both branches, replicated by Uruguay National TV, and in replaying process by TV channels of Mexico, Peru, Costa Rica, Bolivia and Paraguay.

In September 2013, he was appointed by the Committee on World Food Security (CFS) as a member of the Steering Committee of the High Level Panel of Experts on Food Security and Nutrition (HLPE), that is integrated by 15 "prominent experts" selected by their merits. Provided by Wikipedia
Showing 1 - 20 results of 33 for search 'Kliksberg, Bernardo.', query time: 0.06s Refine Results
1

This item is not available through EZBorrow. Please contact your institution’s interlibrary loan office for further assistance.
Book
7

This item is not available through EZBorrow. Please contact your institution’s interlibrary loan office for further assistance.
Book
19