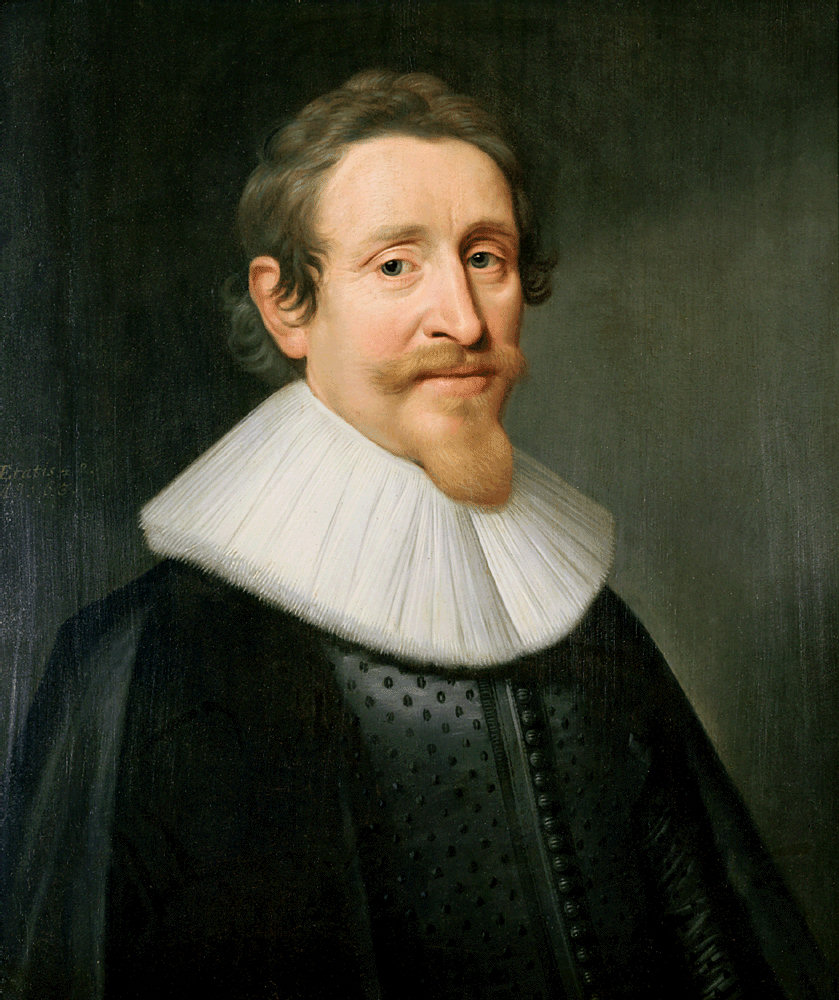 A teenage intellectual prodigy, he was born in Delft and studied at Leiden University. He was imprisoned in Loevestein Castle for his involvement in the intra-Calvinist disputes of the Dutch Republic, but escaped hidden in a chest of books that was transported to Gorinchem. Grotius wrote most of his major works in exile in France.

Hugo Grotius was a major figure in the fields of philosophy, political theory and law during the 16th and 17th centuries. Along with the earlier works of Francisco de Vitoria and Alberico Gentili, he laid the foundations for international law, based on natural law in its Protestant side. Two of his books have had a lasting impact in the field of international law: ''De jure belli ac pacis'' [''On the Law of War and Peace''] dedicated to Louis XIII of France and the ''Mare Liberum'' [''The Free Seas'']. Grotius has also contributed significantly to the evolution of the notion of ''rights''. Before him, rights were above all perceived as attached to objects; after him, they are seen as belonging to persons, as the expression of an ability to act or as a means of realizing something.

Peter Borschberg suggests that Grotius was significantly influenced by Francisco de Vitoria and the School of Salamanca in Spain, who supported the idea that the sovereignty of a nation does not lie simply in a ruler through God's will, but originates in its people, who agree to confer such authority upon a ruler.

It is also thought that Hugo Grotius was not the first to formulate the international society doctrine, but he was one of the first to define expressly the idea of one society of states, governed not by force or warfare but by actual laws and mutual agreement to enforce those laws. As Hedley Bull declared in 1990: "The idea of international society which Grotius propounded was given concrete expression in the Peace of Westphalia, and Grotius may be considered the intellectual father of this first general peace settlement of modern times." Additionally, his contributions to Arminian theology helped provide the seeds for later Arminian-based movements, such as Methodism and Pentecostalism; Grotius is acknowledged as a significant figure in the Arminian-Calvinist debate. Because of his theological underpinning of free trade, he is also considered an "economic theologist".

Two discourses I. Of God, and his providence. II. Of Christ, his miracles and doctrine. Out of the illustrious Hugo Grotius. With annotations, and the authors life: an appendix con...
by Grotius, Hugo, 1583-1645.
Call Number: Loading...
Located: Loading...

True religion explained and defended against ye archenemies thereof in these times In six bookes. Published by authority for the co[m]mon good.
by Grotius, Hugo, 1583-1645.
Call Number: Loading...
Located: Loading...

Two discourses I. Of God, and his providence. II. Of Christ, his miracles and doctrine. Out of the illustrious Hugo Grotius. With annotations, and the authours life. An appendix co...
by Grotius, Hugo, 1583-1645.
Call Number: Loading...
Located: Loading...

A defence of the catholick faith concerning the satisfaction of Christ
by Grotius, Hugo, 1583-1645.
Published 1692
Call Number: Loading...
Located: Loading...