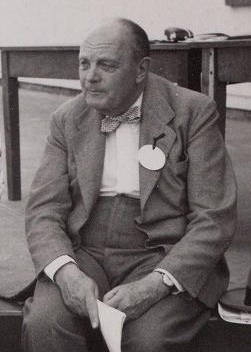 Jean Théodore Delacour (26 September 1890 – 5 November 1985) was an American ornithologist and aviculturist of French origin. He was renowned for not only discovering but also rearing some of the rarest birds in the world. He established very successful aviaries twice in his life, stocked with birds from around the world, including those that he obtained on expeditions to Southeast Asia, Africa and South America. His first aviary in Villers-Bretonneux was destroyed in the First while the second one that he established at Clères was destroyed in the Second World War. He moved to the United States of America where he worked on avian systematics and was one of the founder of the International Committee for Bird Protection (later BirdLife International). One of the birds he discovered was the imperial pheasant, later identified as a hybrid between the Vietnamese pheasant and the silver pheasant. Provided by Wikipedia
Showing 1 - 17 results of 17 for search 'Delacour, Jean, 1890-1985.', query time: 0.08s Refine Results
1