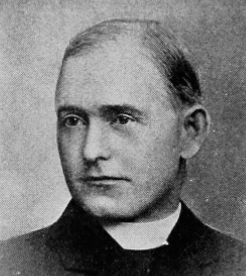 William Francis Barry (21 April 1849 – 15 December 1930) was a British Catholic priest, theologian, educator and writer. He served as vice president and professor of philosophy at Birmingham Theological College from 1873 to 1877 and then professor of divinity at Oscott College from 1877 to 1880. A distinguished ecclesiastic, Barry gave lectures in both Great Britain and the United States during the 1890s. He was also a popular author and novelist at the start of the 20th century, whose books usually dealt with then controversial religious and social questions, and is credited as the creator of the modern English Catholic novel. Provided by Wikipedia
Showing 1 - 20 results of 67 for search 'Barry, William Francis, 1849-1930.', query time: 0.11s Refine Results
1